UTICA - On January 1, C2C Construction Solutions, LLC (C2C) opened its doors in downtown Utica.  The design-build firm is organized to work under a single contract with a project-owner to provide both design and construction services.

"Design-build" offers our clients a single point of responsibility that combines the creative element with the contractor's knowledge of how to build," says David L. Kleps, Company President.  "Our name - C2C - says it all: 'Concept to Completion.'  The reason for re-incorporating is to better coordinate our services and ensure the integration of the design and construction processes ... To be clear, we are not architects or engineers.  C2C has in-house draftsmen who prepare detailed architectural proposal-construction plans that are closely reviewed for New York State code compliance.  The company hires independent architects and structural, site, mechanical and electrical engineers, who carry their own professional-liability insurance.  Our philosophy is to keep these functions separate for the client in order to assure independent oversight of our plans."

The new firm employs 32 people, which includes six in the office and a field crew of 26.  "The staff has years of experience constructing all types of buildings, including manufacturing, warehouse, and major rehabilitations of old manufacturing plants, auto dealerships, and custom-vacation homes.  We are a Butler Manufacturing Career Builder licensed to erect pre-engineered buildings in Oneida, Madison, Herkimer, and Onondaga counties ... To date, our team has been responsible for projects totaling more than 3 million [square] feet.  Our focus is on serving the private sector within [a radius of] 100 miles of Utica.  C2C is off to a good start for the year with bookings for several new buildings worth more than $8.5 million.  I project total sales for 2018 at $12 million to $15 million."

Historically, the idea of splitting the functions of design and construction didn't appear until the Renaissance, when artists such as Michelangelo began accepting architectural commissions.  By the 20th century, architects and general contractors were usually two distinct entities.  "I think the move to combine design and building again gained momentum back in the 1970s," notes Kleps.

"There are some obvious reasons for the increased acceptance of the design-build process.  First, it offers a shorter construction timeline and usually lower costs.  Second, the use of pre-engineered buildings ensures better control and ... [enhances] safety on the job site.  Third, design-build allows for more flexibility in responding to unforeseen events and changing circumstances.  And finally, combining the design and build processes keeps project owners from being placed between the architect/engineer and the contractor, because the design-build company assumes the responsilbity for errors and omissions.  In other words, the costs and associated risks of the project tell me that owners prefer to avoid any finger-pointing when problems arise by establishing a single point of responsibility."

Kleps noted some potential obstacles to the growth of C2C.

"The increasing acceptance of pre-engineered buildings and the ability to utilize conventional materials on the exterior are clearly driving the demand, but the industry is facing labor shortages," declares the company's President.  "During the last recession, the building trades lost a lot of skilled labor that's been hard to replace.  Finding skilled craft workers is still a struggle, and I believe it's the number one issue facing the industry.  Young people today don't seem to have an interest in construction, in part because the school guidance counselors encourage everyone to go to college.  C2C is basically looking for people with a good work ethic who like to work outside with their hands and who are eager to be cross-trained in multiple skills.  Our best success has come from hiring local residents with farming and miltiary experience.   Fortunately, we have a young crew that is very stable, which gives us a competitive edge ... Finding qualified superintendents, however, is more difficult.  While we already have seven very qualified superintendents who collectively been on the team for 80 years, C2C is always looking for additional project superintendents."

Kleps' concern about the labor shortage by the Associated General Contractors of America, which recently issued a study showing that 75 percent of member firms surveyed were planning to increase their headcount in 2018 and 78 percent of the same respondents were having difficulty filling skilled-labor positions.

In addition, to the problem of potential labor shortages, Kleps is also concerned about rising material costs.

"We're seeing price increases for our building materials," he emphasizes.  "In recent years, pre-engineered buildings across the industry have typically seen increases of 1 percent to 2 percent annually.  But this year, steel-material suppliers have announced an 8 percent increase.  To avoid the price increase, on of our clients hurried to place his order, which saved him around $40,000.  We're obviously concerned about the rising costs already announced and uncertain what might happen if the ... [current administration] initiates a trade war because of the recently announced [steel and aluminum] tariffs.  Equipment costs and rental prices are also increasing, so that's another area of concern.  Thus far, it hasn't been an impediment to new construction, and interest rates are still historically low."

Despite industry obstacles, Kleps is optimistic about C2C's position in the Mohawk Valley.  "I think the new tax-reform legislation has given a real boost to business optimism," he opines.  "Lowering the corporate rate has a bigger impact on small corporations, which now have more money to invest back into the business.  I'm also bullish because of the resurgence of downtown [Utica], driven by the decision to move the new hospital into the city center.  In addition, the potential of the nano-center in Marcy and the drone development being done in Rome will have a huge impact on new construction for the long term.  C2C anticipates continued growth, and we're well positioned to handle it."

Kleps grew up in New Hartford and graduated in 1976 from Canton ATC (renamed SUNY Canton).  He worked for a year in the Mohawk Valley with a local contractor before taking a position in San Francisco with a large firm doing design-build just as the concept was gaining acceptance.  While in San Francisco, he worked on the design of two Butler buildings which were shipped to Riyadh, Saudi Arabia.  Kleps followed the shipment and spent 16 months supervising the erection of the structures.  Returning to Utica in the summer of 1979, he joined Charles A. Gaetano Construction Corp. and spend the next 38 years guiding the design-build division before assuming the position of President of C2C. 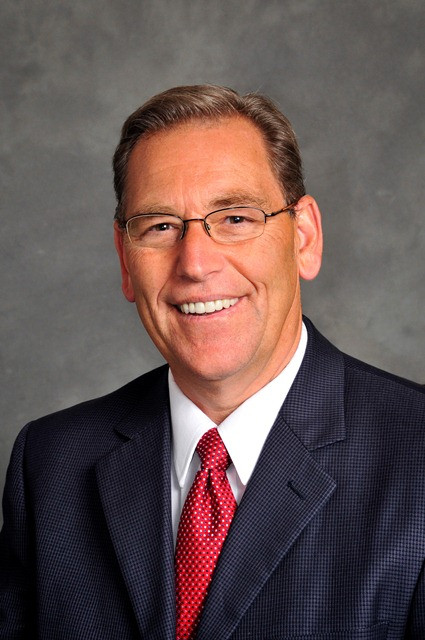 Return to a complete listing of all news and events.