Our relationship with this client began in 1999, when Mr. Steve Sloan began pursuit of expanding or relocating his families' wood truss and stair business, which was located in several small buildings which they were outgrowing rapidly.

Over the next few years, we pursued expansion at the existing site, a new site near the existing, and relocation to an existing vacant plant. In 2005, we put Mr. Sloan together with a local land owner and site contractor, Mr. Fred Burrows Jr., who owned a new 100 acre site, at the intersection of the new Judd Rd. extension, NYS 840, and Halsey Rds. in Whitestown, and eventually negotiated this new 63,000 square-foot Design-Build project. This was the first project at this site which now includes a new access road, utilities, and space for future development. 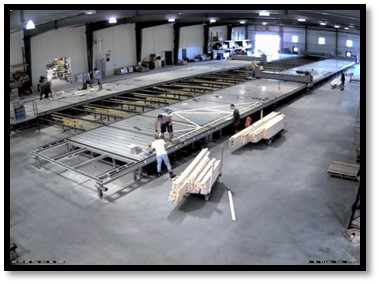